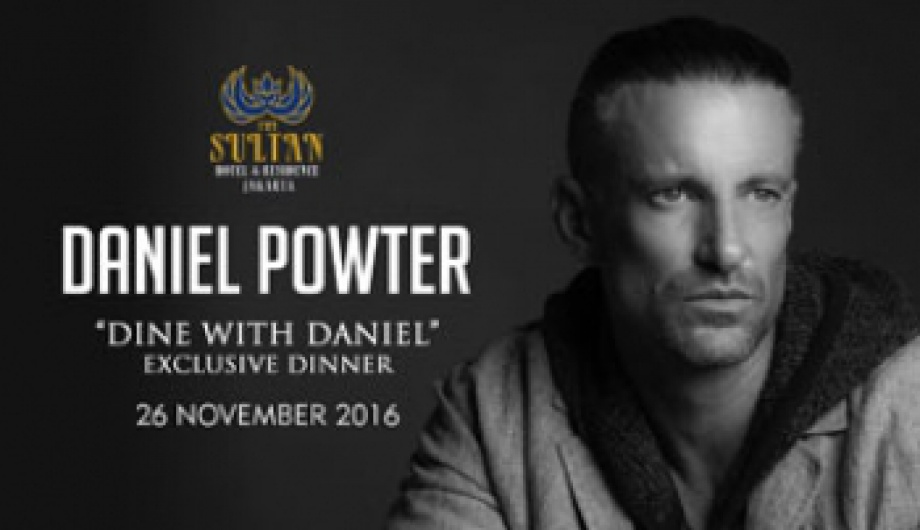 Rising Canadian artist, songwriting vocalist and pianist, Daniel Powter will be performing at Lagoon Cafe, The Sultan Hotel & Residence Jakarta on Saturday, November 26th, 2016. He is best known for his self-penned hit song “Bad Day”, which spent five weeks atop the Billboard Hot 100.

The sensational crossover jazz/pop performer has carved out an audience of loyal fans and followers mesmerized by his alluring vocals and beautiful piano sound. After his debut release, he toured Europe, performing at the Berlin Live 8 concert. His U.S. release of “Daniel Powter” the album came out in 2006. The lead single from the album, "Bad Day" became the theme to the fifth season of FOX's television singing competition American Idol and Powter even performed the song live during the season finale. A colossal hit, "Bad Day" eventually reached number on on the Billboard Hot 100 chart, as well as many other charts worldwide. In 2008, he released his third offering, Under the Radar, which included the single "Next Plane Home."

In 2010, Warner Bros. released the compilation album, “Best of Me” which included four new songs from Powter. In 2012, Powter returned with the melodic pop-inflected “Turn on the Lights” featuring the single "Cupid."

On the 26th of November, join “Dine with Daniel, Exclusive Dinner with Daniel Powter” at The Sultan Hotel & Residence Jakarta for a fine night to see Daniel Powter’s performance and sing-a-long with splendor dining experience at Lagoon Cafe with only at IDR 900.000 nett per person that includes dinner.