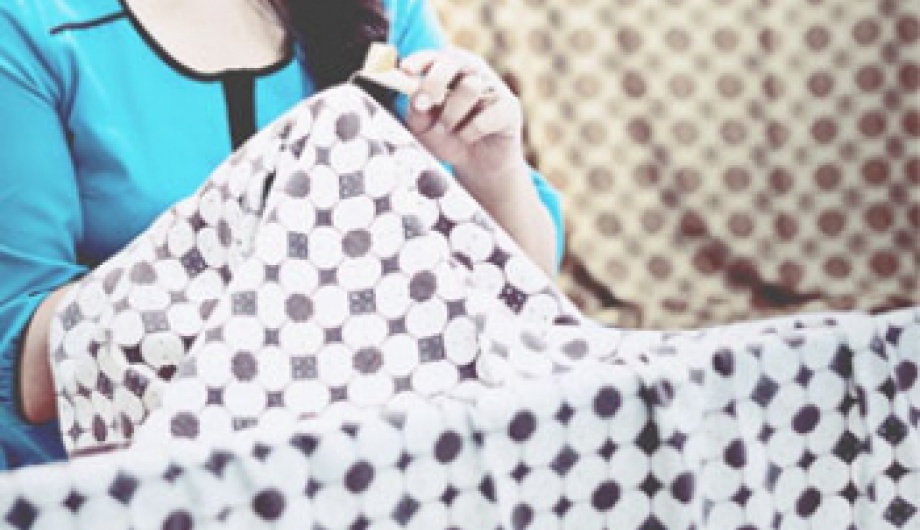 Batik has always been and always be Indonesia’s leading heritage. The masterfully painted cloth is known internationally for its unique style and traditional ambiance. Batik is one of Indonesia’s proudest heritages.

Originally, Batik designs were close to the nature, depicting animal patterns or plants. But today, the variety is endless. From clouds, to people, to completely abstract patterns. Batik was used then only by older people and for special occasions. The word “Batik” derives from a Javanese word ‘tritik’ which describes a manual wax-resist dyeing technique applied by “dotting”.

Traditional batik has notable meanings with roots in the Javanese conceptualization of the universe. Particular designs are associated with specific religious ceremonies, some are reserved for the Sultan and his family, and certain areas are known for a predominance of specific designs. It might take considerable study to completely understand the different types of batik designs and their origins (there are so many); the colors, patterns, and concepts vary vastly depending on where the batik was produced-but appreciation is most absolutely instant. The best place to get traditional batik textiles is in Central Java, although Bali and any other island in Indonesia has their own distinctive styles, many of which are modern.

Another traditional dyeing process that is distinctive to the Indonesian culture is ikat. The word derives from the word ‘mengikat’, ‘to tie’ or ‘to bind’. The technique consists of binding and weaving threads that resist dye penetration. Alteration of the bindings and the dyeing of many colors produces elaborate multicolored patterns, which are then ready to be woven into cloth.

Some ikats are made by dyeing the wrap threads (the fixed threads that are attached to the loom), some by dyeing the weft threads (the threads that are actually woven in and out of the warp threads), and some by dyeing both, a technique known as double ikat. It’s one of the most beautiful textiles you could ever encounter. Although today it is absolutely distinctive to Indonesia, its origins are actually inknwon since the practice of ikat can traced back to India, Japan, Central and South America and Thailand. The best of the best, though, are found in Bali, Java, Kalimantan and Sumatra. Nowadays, ikat has become a trendy house item; this type of pattern now lends interiors a kind of dressed-up bohemian vibe.

You can see beautiful batik decoration at our hotel, starting from the lobby until each guest rooms. Have a pic of that? Share it to our Fanpage.