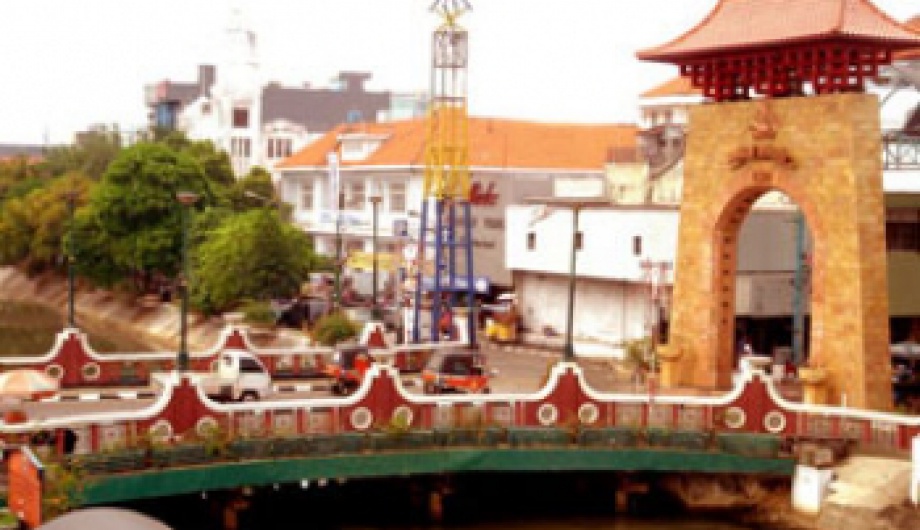 Markets are filled with daily needs such as groceries, clothes and other Knicks-knacks. Every city has it’s go-to market, usually bustling with people frantically ticking items off their shopping lists. Rarely though do people take a moment to think about the history behind the buildings. There is no place, especially in Indonesia, which does not have an interesting history. Yes, even markets have their histories.

1. PASAR SENEN (SENEN MARKET)
The market at Senen is a well-known market in Jakarta, it hearkens back to the Dutch Colonial era in 1733. It was first developed by a Dutch entrepreneur named Justinus Vinck. The name “Senin” refers to the fact that the market only opened on Mondays. Similarly, Pasar Rebo only opened on Wednesdays and Pasar Jumat (Jumat Market) only on Fridays. This does not apply today though as the markets are now open daily.
Pasar Senen is also known as somewhat of an atists’ den, because many artists from all over Indonesia gather here, just as once did the young intellectuals of School tit Opleiding Van Indische Artsen, a medical school during colonial times. Today, the school is famously known as the Medical Faculty of Universitas Indonesia. Though Pasar Senen once thrived, after the Independence in 1945, the market was forgotten, and it turned into a slum filled with crimes and prostitution.
In 1970, the Governor of Jakarta, Ali Sadikin, wanted to revive the market, and it happened in 1974. Now, the market is going strong, selling a wide range of products from food to clothing to used books and electronic appliances, and is much easier to access now that there are two Transjakarta Bus Shelters and the train station nearby.
2. PASAR TANAH ABANG (TANAH ABANG MARKET)
While Pasar Senen might be the oldest in Jakarta, Tanah Abang wins the prize of biggest. It specializes in textiles and clothing. Located in Central Jakarta, it is right on the edge of the Jakarta’s business center, the Golden Triangle.
Back in colonial times, Pasar Tanah Abang was the Saturday Market. The Name Tanah Abang means “red earth” in Javanese. Buikt in 1735, it grew faster than its competition, Senen Market, thanks to the construction of the Tanah Abang Railway Station.
In 1740, the market suffered its first devastation, when a horrible mass riot targeted people of Chinese descent. It began with a revolution by a group of Chinese sugar mill workers, who killed 50 Dutch soldiers in Tanah Abang, which at the time was known as Meester Cornelis. This prompted a counter attack by the Dutch, who sent hundredsd of troops on a massacre. The assault lasted from October 9 to October 22. Historiansb have estimated that at least 10,000n ethnic Chinese were massacred, leaving only 600 to 3,000 survivors.
Though it has experienced dark times such as riots and fires, Pasar Tanah Abang continues to operate until this very day. With renovations from the government, Pasar Tanah Abang has transformed from a traditional market, into a wholesale center. Today, the market has over 20,000 stalls!
3. PASAR BARU(BARU MARKET)
Located at the heart of the Capital, Pasar Baru is the oldest shopping center in Jakarta. Its trademark is the extravagant brick entrance that stands tall with its old spelling “Passer Baroe”, proudly written on it.
This market also has a sad history. When the market was first established, the port town of Batavia was surrounded by a fortress. After the tragedy in 1740, Chinese-Indonesians we isolated, banned from the fortress were only allowed to live outside Batavia. These exiles over time united and created a community, opened shops and soon became successful entrepreneurs. Eventually, these shops became Pasar Baru.
Today, the streets of Pasar Baru are alivewith street vendors, pedestrians and occasionally, motorcycles. When craving some traditional Indonesian food, locals often visit the market to eat sweet desserts. Pasar Baru is also a famous place to fill a wardrobe. Aristocrats used to visit the market to order their tailored party clothes and high quality dancing shoes. No different today, people often choose their own fabric, explain the desired design to the tailor, have themselves measured, and have their outfits made! The market is also a paradise for photographers. Other than having an endless set of objects to shoot, from the people to the Chinese-European styled buildings, there are so many shops that sell photography equipment.
Attracted to visit one of these oldest shopping centers in Jakarta while staying at The Sultan Hotel & Residence Jakarta? Don’t worry, it’s easy! You can either take the Transjakarta Bus from the nearest shelter from our hotel; Halte Komdak (Komdak Shelter), or ask our staff for car rental or tour guide information.