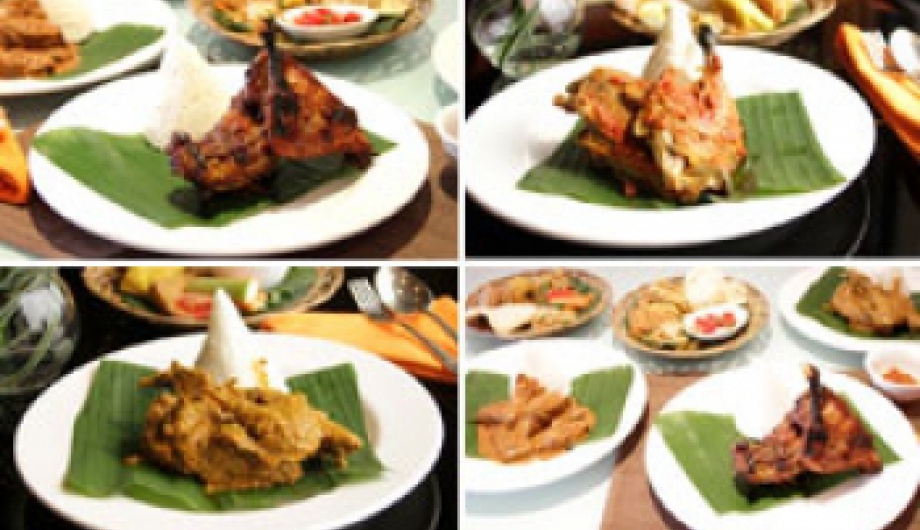 5 Duck Dish You Must Try this April

Indonesia is really rich in culture and ethnic. There are thousands of distinctive and unique traditional dishes spread from Sabang to Merauke. This time, The Sultan Hotel & Residence Jakarta is choosing duck to be its special menu of the month,  Bebek Nusantara. These menus might get your mouth watering right now!

This West Sumatera specialty commonly use beef as its main ingredient, but special for this month, we’re creating it with duck. What’s special about our Bebek Rendang Padang is its unique flavor and cooking technique. Coconut milk, cardamom, red chili and ginger cooked until caramelized and thick, and when it served with warm steamed rice... Ohh, This probably would be the best Indonesian lunch you’ve ever have!

East Java is famous for its various duck cuisine. This time, our culinary team will bring their latest creation to your table, the sweet-savory roasted duck from Madura, East Java, complete with corn fritters, fresh mixed vegies and sambal that will make you want more and more.

In Manado, rica-rica means spicy, that’s why this spicy yet tasty dish with irresistible aroma of spices and basil leaves become one of Manado’s prima donna. The cooking method of Bebek Rica-Rica Manado is quite complicated using many Indonesian ingredients and spices. This will absolutely leave an unforgettable taste to your tongue.

Bebek Betutu is a special dish from the island of gods. Betutu itself was originally come from Gilimanuk, an area in the northwest of Bali Island. Traditionally, it needs particular technique to cook Bebek Betutu, using lots of spices and ingredients that putted inside the duck meat, wrapped in banana leaves, buried on the ground, and then burned along with husk until cooked. Our Bebek Betutu Bali is served complete with vegetable fritters, peanut cracker and mixed freh vegies in Urap¹ seasoning.

The spice and seasoning of Bebek Kare Medan is quite similar to Indian curry. But, curry in North Sumatera, especially Medan, has unique taste and aroma that comes from cinnamon and Peka flower, with savory yet spicy taste. The combination of coconut milk and Indonesian traditional spices that probably could not be found in any country makes the curry broth thick and tasty. Bebek Kare Medan will not only make you full but also satisfied. Moreover, you might feel a bit warmer because of the spices.