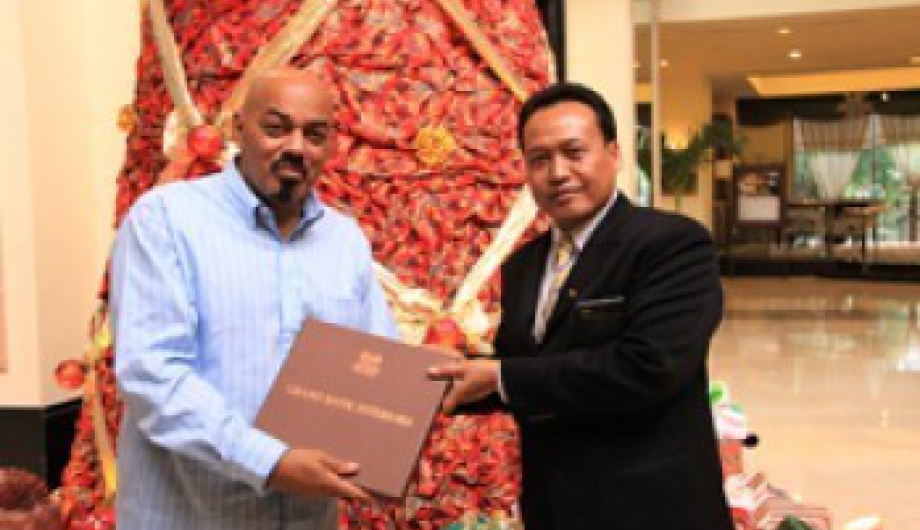 The Sultan Hotel & Residence is proud to host International Legend-Mr James Ingram who stay at the hotel for his concert at Jakarta Convention Centre on  3 December 2013.

The Management of the hotel is having the opportunity to have a group pictures before Mr Ingram performance. James Edward Ingram (born February 16, 1952) is an American singer–songwriter, record producer, and instrumentalist. He is a two-time Grammy Award-winner and a two-time Academy Award nominee for Best Original Song. Since beginning his career in 1973, Ingram has charted eight Top 40 hits on the U.S. Billboard Hot 100 chart from the early 1980s until the early 1990s, as well charting with thirteen top 40 hits on the Hot R&B/Hip-Hop Songs chart. In addition, he charted 22 hits on the Adult Contemporary chart (including two number-ones).